How Imputed Income Can Impact Your Divorce Case 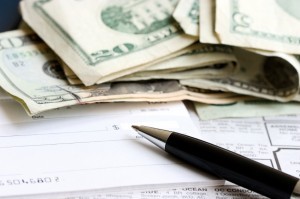 What is imputed income?

Imputed income is a process where the Court attributes or assigns a specified amount of income to a party that is different from their actual income. In other words, the Court will pretend that a person is earning income that he/she is not actually earning. The imputed income can then used in all relevant portions of a case, from calculating child support to determining alimony to awarding attorney's fees.

When can income be imputed?

Income may be imputed when the Court determines that someone is, without cause, voluntarily unemployed or underemployed. To put it a different way, if a party is is believed to be earning less money than he/she is actually capable of bringing in, the Court can impute income to him/her.

For instance, consider a husband who has been a successful financial manager and earned in excess of $250,000 per year for several years, who suddenly, just before filing for divorce, quits that lucrative job to work at a fast food restaurant earning only $25,000 a year. It is not uncommon for someone in his situation to at least threaten to quit his job in an attempt to avoid or lessen his alimony or child support obligations. In this type of situation, the Court can impute the $250,000 per year income to the husband (based on his demonstrated earning capacity) and decide all of the financial issues as if he was still receiving that amount.

Another situation that commonly involves imputed income is the stay-at-home parent. If one spouse has chosen not to work outside the home but is capable of doing so, the Court can (and typically does) impute income to that spouse. In this type situation, there may be some dispute over how much income to impute, particularly if that spouse has been out of the work force for any length of time. In most cases involving two healthy spouses, the Court will expect both to work to help provide income to meet their needs.

How can imputed income impact your divorce case?

Imputed income primarily comes into play when dealing with two issues: child support and alimony. The amount of each party's income is a significant factor to be considered on both issues, which gives both sides incentive to make sure that either (a) the other party's income accurately reflects his/her earning capacity or (b) income is imputed to him/her.

Though imputing income can be used against the higher income earning party in cases where it is believed that person is underemployed, it can also be used against stay-at-home parents to increase their responsibility for child care expenses and reduce the need for spousal support. The Court will consider such factors as the person's education, previous work experience, and other skills. It is not uncommon for a vocational expert to be used by one or both parties to testify as to the available jobs and their incomes associated to provide the Court with some guidance on those issues.