How Is Alimony Calculated in South Carolina? 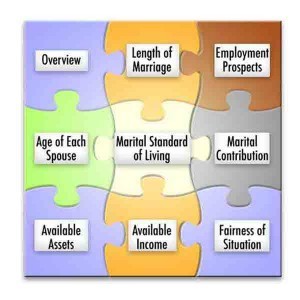 How is alimony calculated in South Carolina? It sounds like a simple question, but sadly there's not a simple answer in our state. The reason is that there are no clear guidelines for alimony awards in South Carolina. Instead, Family Court Judges are given the discretion to award whatever they deem appropriate under the facts and circumstances of each particular case. The problem with the approach is that it leads to uncertainty during the divorce process because of widely divergent results.

Fair is often in the eye of the beholder, and South Carolina's existing laws regarding spousal support confirm this belief. Rather than lay out uniform percentages of household income that will be awarded in cases where alimony is appropriate, our laws instead grant judges the freedom to tailor awards to each individual case in accordance with the thirteen factors set forth in SC Code of Laws § 20-3-130(C).

An article in the New York Times a few years ago discussed a study that was conducted in Ohio on the issue of alimony awards. Researchers asked a selection of family court judges what they thought a fair award would be for a stay-at-home mom who was in the midst of divorcing her wealthy doctor husband. The results were astounding; some said that as little as $5,000 a year was a fair award, while other thought $175,000 per year was appropriate. This kind of massive spread highlights the problems with existing spousal support legislation, and it can lead to unfair alimony awards on both ends of the spectrum.

How to be better

So is there any way to make the calculation of alimony more equitable? Absolutely. New York and New Jersey both recently implemented new laws that would create clear percentages for judges to follow when awarding alimony. Florida legislators considered a similar proposal that was eventually scrapped, though there's an indication is may still reappear in the future. The hope is that other states adopt the much more fair approach embraced in these other states and create benchmarks for couples to follow. This would bring some much needed clarity and uniformity to an otherwise murky issue.