How to Conduct Yourself During a Deposition 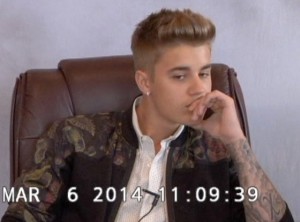 Depositions are a routine part of some South Carolina divorces, particularly those involving more complex issues such as custody, alimony, or division of significant assets. Though many people are unfamiliar with the process, the good news is that depositions do not have to be a stressful or scary experience. A little bit of preparation with an experienced family law attorney to learn how to conduct yourself during a deposition can go a long way to avoiding the kinds of meltdowns that make headlines.

Speaking of deposition, a tape of a recent deposition given by pop star Justin Bieber surely qualifies as a meltdown. The tape shows Bieber responding angrily and aggressively to the opposing party's attorney. Every question is met with contempt, an eye roll, or outright refusal to discuss certain embarrassing topics. At one point Bieber screams at the lawyer and leaves the room, prompting his attorney to asked for a brief recess.

Though it's understandable that someone might get emotional during a tense deposition, behaving the way that Mr. Bieber did will only make a bad situation worse. By misbehaving and getting your conduct entered into the record, you make it that much easier for the other side to paint you as the difficult party. Rather than develop an attitude, you should try to remain calm, no matter what questions are being directed at you.

Those preparing for a deposition should understand that the testimony is taken under oath, which means anything you say can (and probably will) be used against you later in court. In some cases, depositions are even recorded by cameras, meaning your actions can also be used against you, with the video being shown to the judge at the trial.

Though some attorneys may try to unsettle you by asking tough or embarrassing questions, the key is to remain calm, cool, and under control at all times. The best course is to answer only the question that was asked, the shorter your response the better. Keep your statements relevant to the issue at hand and avoid drifting. Also, avoid making personal attacks or showing a bad attitude toward the questioner. The attorney is merely doing his or her job, and lashing out will end up making you look worse as a result.