How to Divide a Pension in a Divorce in South Carolina 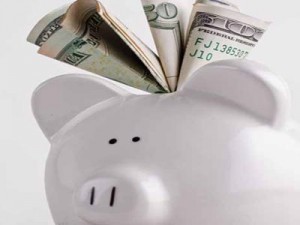 In a South Carolina divorce, couples must divide their marital assets and debts. This means that the house, cars, bank accounts, and all other assets must all be allocated between husbands and wives. Retirement accounts are often among the trickiest assets to divide, given the typically sizable amounts of money involved.

Though most couples remember to split their 401(k)s or IRAs, it's possible that dividing pensions might slip their minds. In South Carolina, pensions are considered a marital asset just like any other and are thus subject to equitable division. However, working with pensions can be much trickier than other types of retirement accounts, as explained below, and it's therefore important to know how to divide a pension in a divorce.

A pension is considered “vested” if all the requirements that must be met for a recipient to begin collecting payments have been met. Though unvested pensions may also be considered marital property, the person whose pension it is does not actually have an asset until the day it vests. Prior to then, the unvested pension is merely a future interest, but that does not necessarily mean that it lacks value.

Should You Wait Until Retirement?

In order to ensure that the pension is included in the distribution of the marital estate (so that you receive a fair share of the total marital assets), it is important to be sure that you address your spouse's pension during the divorce. Even if the pension is not yet fully vested, it's critical that you stake your claim immediately, because waiting until your spouse actually retires will be too late.

Determining the Amount to Be Divided

Courts determine the value of the pension that must be allocated by looking at how much of the pension was earned during the course of the marriage. For example, let's say that your spouse had his or her pension for 5 years before you were married and you've now been married another 10 years. That means that two-thirds of the pension's value is a joint marital asset and should then be equitably divided between the parties.

Now that you know what amount of the pension will be deemed a marital asset, how do you go about dividing it? One way is to have the parties agree on a present value of the pension and then use other assets to compensate the other spouse for his/her share of the pension. Another option is to have the other spouse's share paid out at the time of retirement, which is done through the use of a Qualified Domestic Relations Order (QDRO). The method you choose will depend on the circumstances of your particular divorce, and a skilled South Carolina family law attorney can help guide you through the process.