How to Divide Personal Property in Divorce 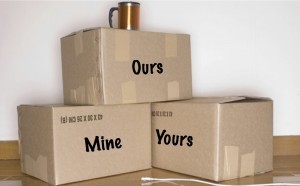 A recent decision out of the UK raises an interesting question about deciding matters of personal property division in divorce. In that case, a former model fought her millionaire ex-husband over an expensive Steinway piano. The model claimed that she deserved the piano in the divorce because she had a personal attachment to it and because her children needed to learn how to play on such a glamorous instrument. The judge ultimately ruled against the model, deciding that it would be ridiculously inefficient to order a $70,000 piano shipped from NY (where the husband and the piano reside) to London (where the model now lives).

Though most couples in South Carolina aren't fighting over control of $70,000 pianos, it does raise an interesting issue of how to divide personal property in divorce. Though rare Steinways are uncommon, other items, such as treasured family mementos, antiques, artwork, etc., areoften fought over, and there are seldom easy answers for deciding who should get what.

So how does personal property division work in South Carolina? Are there rules? Unfortunately, not many. Dividing personal property follows the same equitable division rules used to the split other assets. This means that personal property will be divided in an equitable, though not necessarily equal manner. A judge has the right to give whatever he or she wants to whomever he or she wants. Obviously the judge can take certain factors into consideration, such as a deep emotional attachment to a certain item, but this is far from determinative.

Given the fact that a judge will not have any emotional investment in personal property and that both parties may be unhappy with the Court's distribution, it is quite common for couples to work out the division of these items on their own. Deciding who gets what outside of court is almost always the better plan, because you and your spouse can have control over who gets what instead of relegating that responsibility to a stranger.