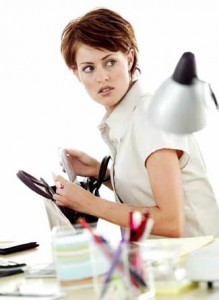 Even though its sneaky, unethical, and possibly illegal, spouses in South Carolina and elsewhere continue to snoop and spy on each other when facing a separation or divorce. If you believe that your spouse is snooping through your iPhone or iPad to look at your call log, messages, email, or other apps, you can set a simple trap of sorts to potentially catch such intrusions on your privacy.

Here's how to set the app-trap on any iPhone, iPad, or other iDevice:

After the trap has been set, checking to see if someone has been snooping on your device is quite simple. Simply double-tap on the Home button again to summon the multitasking screen. If any apps are showing in the menu, you know someone has opened them in your absence. If multiple apps have been opened, the order in which they appear – from left to right – indicates which app was most recently used or gone through. You can be a bit more subtle and leave a series of apps open in the task bar, then simply check later to see if that sequence of apps is out of order or rearranged to catch prying eyes.

If you suspect that anyone is snooping, you would be well served to take precautionary steps to secure your device and your data. You certainly don't want your spouse accessing communication between you and your attorney or other professionals, such as a private investigator. The best way to secure your iOS device privacy is by using a password, preferablysetting a strong passcode that is alphanumeric and not easily guessed. Also, if you backup an iOS device to your computer through iTunes, be sure to enable backup encryption to prevent determined parties from being able to easily gain access to your data.

Source: How to Tell if Someone Snooped Your iPhone / iPad & Read Emails, Messages, Call Logpublished at OS X Daily.