Impact of the UDPCVA on Child Custody and the Military 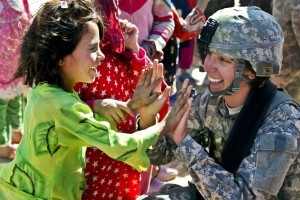 Child custody disputes are among the most difficult issues in a divorce. Not only are they emotionally fraught, but they also include difficult legal issues that must be tackled. These issues become even more complicated (and more difficult to resolve) when dealing with military families. The custody and visitation issues faced by military families are notorious, but some states have thankfully begun trying to rectify that by passing new laws aimed at creating a level legal playing field.

One example of such a law is the Uniform Deployed Parents Custody and Visitation Act(UDPCVA). The UDPCVA was crafted by a national commission, whose aim was to have states across the country working off the same playbook by harmonizing laws when it comes to visitation, child custody and the military. The goal of the UDPCVA is to help military families by increasing consistency among different states' family laws. Currently, 10 states (including South Carolina) have enacted the UDPCVA, while several others have introduced or enacted similar measures.

So what does the UDPCVA do exactly? The UDPCVA is meant to address the reality that military families are incredibly mobile, much more so than most. Deployment can occur without warning and result in a change in location of one or more parent. This can become a legal nightmare, with different states applying different laws and using different court procedures.

The UDPCVA intends to reduce the risks to families that can come from applying different legal standards. Some of the specific provisions of the UDPCVA include language that provides procedures for allowing expedited temporary custody orders during deployment. The UDPCVA fixes a party's residence so that it is not changed by deployment, which allows for greater consistency. The UDPCVA also says that no permanent custody orders can be entered during deployment without the consent of the military member. Finally, the UDPCVA prohibits using deployment against the military member, saying that courts cannot deem deployment a negative factor in awarding custody.

While custody disputes in military families remain complicated, the UDPCVA goes a long way to creating clarity and consistency in an otherwise murky area. The hope is that the consistency provides some peace of mind to members of the military, removing the worry that active service could permanently damage your ability to maintain a strong relationship with your children.