The Importance of Post-Nuptial Agreements for Stay-at-Home Mothers 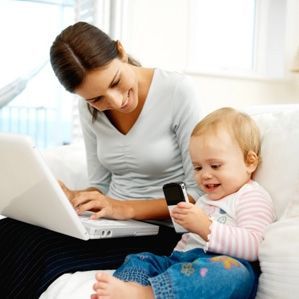 A recent article at The Daily Beast discussed the issue of post-nuptial agreements and how they appear to have increased in popularity over the past few years. The article noted that while many people consider pre-nuptial agreements, which are the far more common tools of the wealthy, the reality is that post-nups might be valuable tools for ordinary South Carolina couples, especially those with a stay-at-home parent.

According to a 2012 survey conducted by theAmerican Academy of Matrimonial Lawyers, post-nups appear to be on the rise. A majority of divorce lawyers say they have seen an increase in the number of post-nuptial agreements requested by clients over the past three years. Interestingly, 36 percent of those attorneys surveyed said that it was primarily women who were initiating the requests for the postnuptial agreements.

One financial expert interviewed in the article, Jeff Landers, said that in his opinion, all women who have given up their careers to become stay-at-home moms should consider drawing up a post-nuptial agreement. Landers says that in too many cases, women give up potentially lucrative careers to raise children, and later themselves divorced years or even decades later with a diminished ability to provide for themselves.

In some of these cases, the husbands argue that the woman chose to stop working and that she is therefore not entitled to any compensation for her decision to leave the work force. In other words, they attempt to argue that if the woman used to work, she can just start back where she left off. The reality is far more complicated than that, as many women who try to reenter the workforce after an extended absence soon discover. Gaps in experience, loss of contacts in the industry, and changes in skill levels can all hinder a woman's ability to pick up where she left off, something that may not always be apparent in a South Carolina divorce case.

One way of protecting yourself is to draw up post-nuptial agreement, which ensures that the parent who gave up his or her career will be compensated in the event of a divorce. Giving up your highest earning years to raise children is a significant financial sacrifice, and a post-nup can acknowledge that sacrifice and set aside other money to compensate for it.

Though the subject of post-nups can be difficult to discuss, experts believe it is an important conversation to have if you feel exposed and believe that such an agreement would provide you with much needed security. Reaching out to an experienced South Carolina family law attorney is the best way to start the process if you're considering drafting a postnuptial agreement and need advice on how to move forward.