The Importance of Sibling Relationships for Children of Divorce 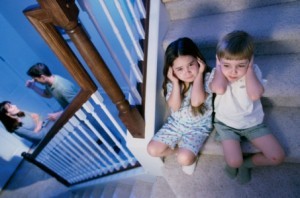 More often than not, we hear about the negative aspects of the sibling relationship – sibling rivalry, parental favoritism, and even physical aggression between siblings. However, long range studies conducted with children of divorce over the past twenty-five to thirty years have revealed some interesting findings about the importance of sibling relationships when their parents divorce.

First, and probably the most obvious reason, is that many time siblings become each other's best, and maybe only, friends when their parents split up.  Perhaps the primary parent has been forced to move from the marital home, forcing the children to leave behind their friends and familiar surroundings. There may also be a change in school or daycare – another change which directly affects the child's social circle. In situations like this, a sibling (who is in the same boat) can become a crucial ally for social survival.

Second, in many cases, neither parent is prepared for the “single parent” lifestyle and quickly becomes overwhelmed with day-to-day routines as a single parent. Therefore, in some situations, one or more siblings will take on the role of parent and begin taking care and providing emotional support to their siblings.

Third, as a word of caution to parents, because the sibling relationship can be such a source of support (both physically and emotionally) during and following a divorce, it is important for parents to minimize any treatment of the children which might be interpreted as favoritism. If it is suspected by one or more of the children, it could create a sense of animosity or resentment that will last well into the future.

Parents must remember that their children's sibling relationships are typically the longest lasting relationships they will have throughout their lives, so supporting healthy, positive relationship despite the break-up of the marriage is truly in their best interests.