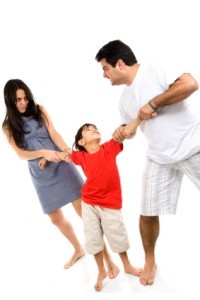 A recent Wall Street Journal article discussed an important trend in the family law world – the push by state legislators to mandate equality in child custody laws. Currently, 20 states are considering legislation that would encourage equality in custody decisions, an unprecedented wave of support for change that has found its fair share of supporters, as well as detractors.  South Carolina experienced one such push in 2012, during which many of our state's leading family law attorneys, including Ben Stevens, testified before our state legislature on this issue.

Many of the measures are designed to encourage judges to consider parenting schedules that maximize the time spent with both parents. However, experts state that this is merely an extension of the best interest test that is currently used in most states, including South Carolina. However, some proposals, such as the ones in New York and Washington, go farther and require judges to award equal time unless there is demonstrated evidence that such an arrangement would not be in the child's best interest. In Colorado, legislators are grappling with a proposal that would require judges to explain in writing any time that equal parenting time is not awarded and justify how the decision is in the best interest of the child.

Supporters of the new push for equality say that it's long overdue and that, though fathers have made advances in gaining more time with their children, custody awards are generally still woefully imbalanced. They say that the way the court system is currently designed unnecessarily creates winners and losers out of otherwise quality parents. Finally, supporters point to studies that confirm children do best when they are raised by both parents.

Critics are quick to point out the flaws in the equal parenting measures. First and most importantly, mandating equal time diminishes (if not eliminates) judicial discretion, and judges and family law attorneys know all too well that no two child custody cases are ever alike. Additionally and equally concerning, such mandates might also be used to give leverage to abusive men who now have the presumption of shared custody on their side, perhaps enough to pressure their spouse into a divorce on their terms or seeking a divorce at all for fear of losing their children.

Though some legislatures have passed several of these laws, few have been implemented long enough to study the results. Advocates on both sides of the argument will be carefully watching to see how things turn out in those states that have, which could dictate what eventually happens across the rest of the country.