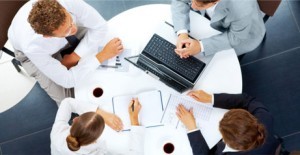 Parents in South Carolina typically worry much more about custody and visitation provisions than abut any financial issues during a divorce. The reason is clear – time with your children is far more important than who gets what percentage of the 401(k) account. In light of the importance of custody provisions, let's take a closer look at some of the issues you need to be sure are covered in child custody agreements.

First, it's important to understand the difference in physical and legal custody of the child. Physical custody refers to which parent will have the child with them most of the time. This is important because the primary custodian can claim tax breaks and will be responsible for filling out the FAFSA when college draws near.

Legal custody pertains to decision-making responsibility for issues like education, extracurricular activities, religion, and healthcare matters. Each issue must be assigned to one parent or the other, so that if there are disagreements in the future the settlement agreement can quickly be consulted to clarify which parents has the ultimate say.

Beyond custody matters, it is important to have a specific visitation schedule. Even if both parents think they can work this out as they go, it is usually advisable to have a specified schedule in case disagreements arise later. Adopting this approach can save many headaches (and probably thousands of dollars) down the road.

First, consider what a normal two week period with the children will look like. Do alternating weeks work best, or is that too long to be without the children? What about alternating a few days at a time? In many cases, that can create too much chaos for the children, never allowing them to put down roots in one house. Many cases still involve alternating weekends, though there's the matter of deciding at when the “weekend” technically begins and ends.

Beyond a normal school year schedule, visitation needs to be specified for holidays and summer. Who gets Christmas and Thanksgiving, and what about the children's birthdays? Should you alternate these every year? What about ensuring that the children are with their parent on the parent's birthday? How about Mother's Day and Father's Day? Also think through how summer vacations will affect the normal weekly visitation arrangement and try to anticipate and plan for any issues in advance.

Though planning for physical visitation arrangements should be at the forefront of any parent's mind, it might not be so obvious to also consider electronic arrangements too. For example, will children be allowed to call or email the other parent at all times? What about texting or video chatting? Are there hours which such calls should be restricted or a limit on the number of interruptions during a given day? The answers to these types of questions will vary from family to family and sometimes child to child.

Communication Between the Parents

Though it may not seem important now, it could be very important down the road to clarify when and how the parents will communicate with one another. For example, how will the parties communicate over issues concerning the kids? Are written letters required? Will email or phone calls suffice? What about in-person meetings?

Additionally, how will the children transition from one house to another? Will one parent always drive to the other's house, or will they instead share transportation responsibilities depending on the week? If the relationship is still volatile, it might be better to require the presence of a neutral third party or avoid interacting entirely by making the switch happen at school or at a daycare facility.

Though the details can seem tedious, ironing them out in advance can save you a lot of hassle, stress, and expense later on. By putting these agreements down on paper and having them included in a Court Order, you can avoid unnecessary disputes by simply referring to the clearly written guidelines contained in your parenting plan.