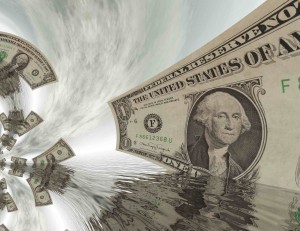 Everyone knows that money can be a major source of marital problems. Study after study has shown that money, and couple's squabbling about how to spend it, can lead to serious harm in a relationship and, in many cases, divorce. A recent study highlighted the interaction between income inequality and divorce rates, demonstrated just how much money and education can impact divorce rates, and revealed a worrisome stratification between the haves and the have-nots.

The latest numbers show that in marriage, as in many areas, the poor have failed to make the same kinds of gains that wealthier, educated Americans have. Since 1980, the number of married, college-educated couples separating by their seventh year of marriage dropped from more than 20 percent down to just 11 percent today. This remarkable change was unfortunately not universal. For lower-income couples, the divorce rate is the same as it was in 1980 – almost no change whatsoever.

Another interesting statistic shows that college graduates have a dramatically lower likelihood of divorcing than their non-graduate counterparts. A study that followed marriage over the course of many decades found that only 29 percent of married, college-educated couples had ever divorced. On the other hand, nearly 50 percent of married couples without college degrees had divorced.

So why is this the case? Experts say the primary reason is money. Again, money is a major source of marital conflict, much more so than children or intimacy. Having less money means there are more potential sources of conflict, with the limited resources often not being enough to go around. When a couple fights about paying the mortgage, buying food and supporting the children, their relationship becomes tremendously strained, and the damage continues to accumulate over the years.

Educated, higher income couples are certainly not immune from problems, but they never have to worry about some of the things that impact lower income couples. Not having to worry about how their bills will be paid reduces or eliminates an enormous mental burden, making it easier to cope with the other challenges life throws at them.

Source: “Men are to blame for the high divorce rate among America's poor,” by Darlena Cunha, published at WashingtonPost.com.