Is There an Increase in Social Media Leading to Divorce? 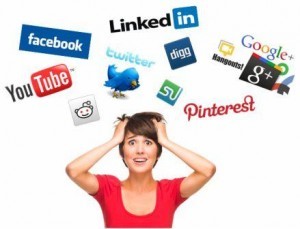 As we have previously discussed on this blog, social media is a significant factor in divorces. Is there an increase in social media leading to divorce? Research has revealed that 1 in 7 married individuals have considered divorce because of their spouse's postings of Facebook or other online sites. Similarly, many spouses regularly search online for evidence of their partner's infidelity, and nearly 1 in 5 couples admit they have daily arguments over the ways their spouse uses social media.

Any experienced divorce attorney these days will tell you that they continue to see social media (Facebook, Skype, Snapchat, Twitter, What'sApp, etc.) as an ever-increasing factor in divorce cases. In fact, some now include requests for social media data in their discovery requests, as these sometimes result in a treasure trove of evidence, which can be used either at trial or used to increase the chances of a settlement.

Andrew Newbury, of Slater and Gordon, the law firm that commissioned this study, said, “Five years ago Facebook was rarely mentioned in the context of a marriage ending, but now it has become commonplace. Social media is the new marriage minefield. Social media, specifically pictures and posts on Facebook, are now being routinely raised in divorces.”

If you are considering a separation or divorce, you should make sure that your attorney understands social media and how to best utilize it in your case. Not doing so could result in evidence being missed and you obtaining a much worse outcome in your case.

Source: “Facebook and Twitter threat to marriages: Social media now a factor in one in seven divorces” by Steve Doughty, published at The Daily Mail.