Inheritance and Divorce in South Carolina 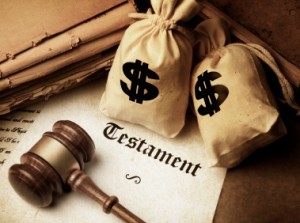 It's a common issue in South Carolina divorce, a couple gets divorced soon after one spouse receives a sizable inheritance. The question that many people want answered is whether the inheritance money must be divided between the parties as if it were a marital asset or whether it is instead treated as the separate property of the spouse who received it. The answer, sadly, is that it depends.

In South Carolina, inheritances are typically not subject to equitable division. This rule applies regardless of the form the inheritance takes, whether it's cash, real estate, etc. Because the money is not subject to equitable division, the spouse who receives the inheritance will generally not be made to give a share of the money to the other party. This rule applies whether the money is inherited prior to the start of the marriage or during the marriage itself.

Though this is the general rule, it is not always the case and there are exceptions. For the money to remain non-marital, it must be kept separate and segregated from the family's other finances. In cases of inheritance, the buzzword is commingling, and commingling should be avoided at all costs if you want to ensure that an inheritance remains non-marital.

What can often happen is this: one party receives an inheritance and intends for it to be kept as his separate property, so he places it initially in his own personal bank account. Down the road, the money is placed into a joint bank account for one reason or another. However, commingling the funds into the joint account can prove costly for the spouse who received the inheritance. If the parties later divorce, the other spouse can argue that when the inherited funds were combined with other marital funds, they lost their non-marital character and transmuted into marital property. If a judge decides the funds were commingled, then he or she could award the other spouse a sizable chunk of the money.

Another situation that this commonly occurs is when inherited funds are put into the purchasing or paying for a house. Even if the house is titled in only one spouse's name, it is still possible that the Court could determine that the inheritance became marital, especially if joint funds were used to pay other expenses on the home, such as mortgage payments, maintenance, property taxes, or homeowners insurance.

The moral of the story is that if you are intent on keeping inherited money to yourself, you should pay very careful attention to how it is kept and used to minimize the potential argument later that it was commingled with other marital funds or otherwise became a marital asset.