Is There Really Gender Bias in Child Custody Cases? 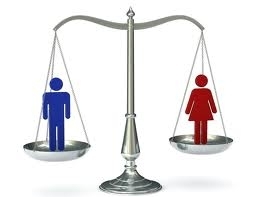 How legitimate is the claim that there is gender bias in child custody cases? We hear a lot about how the courts are biased in favor of mothers when deciding child custody. A series of studies show that there might be more to the story, as other factors come into play with why fathers are less involved in their children's lives post-divorce.

The following statistics come from a Pew Research Center analysis of the National Survey of Family Growth (NSFG). According to the report, a married father spends on average 6.5 hours a week taking part in primary child care activities with his children. This compares to an average of 12.9 hours for married moms. The study points that that two-income households are now the norm and that the data reveals more mothers are working and doing extra child care. This gap and the increased time spent caring for children may be one reason women are more likely to retain primary custody after a divorce.

Even more surprising are the statistics regarding fathers time with children post-divorce. The results show that when fathers and children live separately, only 22% see their children more than once a week. An additional 29% see their kids one to four times a month. Sadly, a full 27% of dads have no contact with their children at all. These numbers further reflect a possible reason for the gap in custody awards during a divorce.

Many might argue that family courts send the message that fathers are not essential to raising children and that it's because of these judicially created parenting plans that they don't spend quality time with their children. This isn't the full story though, as information fromDivorcePeers.com reveals that in 51% of cases both parents agreed on their own accord that the mother would become the custodial parent. In another 29% of custody cases, the decision was made without any third party involvement. Eleven percent of custody cases had a resolution for custody made during mediation, and five percent were resolved after a custody evaluation.

This means that only 4% of all custody cases went to trial and of that 4 percent, only 1.5% went through custody litigation, and also that a full 91% of custody cases are decided without the interference of supposedly “biased” judges. The claims of bias should be discarded and instead replaced with engaged fathers willing to fight for more time with their children during the divorce process.

If you find yourself facing the prospect of a separation, divorce, support, visitation, or child custody issue, you need the help of an experienced South Carolina family law attorney to guide you through the difficult process.

Source: “Dispelling The Myth Of Gender Bias In The Family Court System,” by Cathy Meyer, published at HuffingtonPost.com.