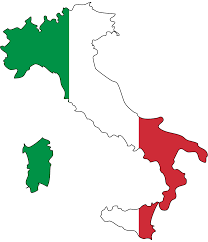 Unhappy couples in Italy have cause for celebration, after it as recently announced that the government has decided to dramatically reduce the time it takes for a couple to get divorced. The decision to lower the wait time for a divorce was seen as good news by many, while others in the predominantly Catholic country mourned what they saw as a decision that will make it even easier to split up families.

So why was the Italian law changed to speed up divorce process? The change was pushed forward by the new Prime Minister of Italy, a young reformer eager to get control of the unwieldy Italian bureaucracy. The move represents a big chance for couples: reducing the time required to get a divorce from three years down to six months.

The measure, known as the “fast divorce law”, passed the Italian lower house with a vote of 398–28. The law says that in uncontested divorces, the wait time will be reduced to six months, while contested divorces will take one year – both of which are dramatic differences from the lengthy waits previously required.

The reduction in time is even bigger when you consider how relatively new divorce is in Italy. Divorce was illegal in Italy until 1970. Then, when laws were finally passed allowing for divorce, a five-year separation was mandated in an attempt to force couples to reconsider their decision. It was not until 1987 that the five-year waiting period was reduced to three-years.

The recent decision should do away with the incentive that some couples have had to skirt the law by securing divorces outside of Italy. For years, those couples truly desperate to divorce have left Italy and established residence in a nearby country, including Romania or Croatia, gotten a divorce and then have Italian courts recognize the divorce. By reducing the wait to a more manageable period, couples can save not only time, but also money.