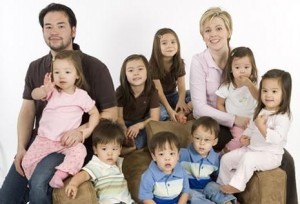 Everyone knows how complicated the child custody process can be. In cases where the parents can no longer interact civilly with one another, custody fights often turn into battles. Usually the fight involves competing requests for primary custody of all the children, and occasionally one person's request for joint custody. However, this isn't always the case, as there are other custody options that parents can explore.

A recent example of an alternate arrangement was proposed by Jon Gosselin, of Jon & Kate Plus 8 fame. Jon recently filed for a change in the custody arrangement that has been in place since the couple's divorce in 2009, specifically requesting that he be given primary custody of one of sextuplets, 11-year-old Hannah, who he claims is a victim of Kate's cruelty and unhappy in Kate's home. Specifically, Jon says that Hannah feels forced to participate in the filming of new episodes of the spinoff series, Kate Plus 8. Jon claims that Hannah, as well as the other children, serve a props so that Kate is able to maintain a certain standard of living.

The arrangement pursued by Jon is known as split custody. Experts acknowledge that such arrangements are very unusual and only authorized by judges in certain, limited circumstances. Split custody happens when both parents have full-time responsibility for the care of their children, usually with some children residing primarily with one parent and other children residing primarily with the other parent. Because courts are generally opposed to separating siblings, these arrangements only occur in those rare cases where the parents are able to convince the Family Court that split custody is truly in the best interest of not only the one child, but all the children involved.

Given this resistance to authorize split custody arrangements, experts agree that Jon is facing an uphill battle. If Kate really is cruel and forcing her children to participate in filming her TV show, custody of all eight children could be put into play.