What Is a “Kitchen Sink” State? 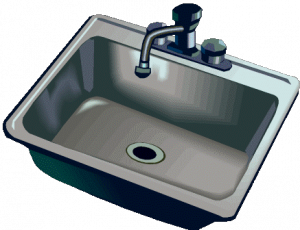 Those going through a divorce in South Carolina may have heard the terms “marital property” and “separate property” bandied about. That's because our state is what's known as a dual classification state. What does this mean and how does this relate to kitchen sinks? Keep reading to find out.

Dual classification refers to the notion of categorizing all property in one of two ways: separate or marital. This classification system applies to all the assets owned by a couple at the time the divorce action is filed. Items are labeled either separate, meaning they predated the marriage or were given to one person as a gift or inheritance, or marital, meaning they are jointly owned by the couple. Items of separate property leave with the spouse they belong to and are not calculated as part of the large marital pool of assets during a divorce. That means your fancy ring that you were given by your parents will continue to be yours after the marriage is over, no fighting involved.

Though many states use the dual classification system for dividing property during a divorce, 14 states are what are known as “kitchen sink” states. These states include Indiana, Iowa, Kansas, Montana, New Hampshire Oregon, Vermont, as well as several others. In these states, there is no distinction made between separate and marital property during a divorce. Instead, the assets are all lumped together in one pool and divided that way. This doesn't mean that your husband will necessarily leave with your priceless family possessions, but it does mean that you may have to give an offset for the value of those items you insist on keeping.