Is Living Together Before Marriage Bad For Your Relationship? 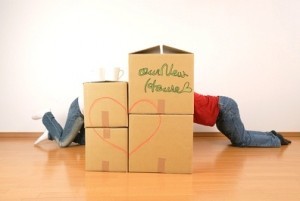 People have long said that living together before marriage can prove problematic down the road, often in the form of increased rates of divorce. A recent studyout of the University of North Carolina puts such talk to rest – at least, for those who waited until they were a bit older before moving in with their significant other.

The research was conducted in 2014 by Arielle Kuperberg, a sociologist at UNC Greensboro. Kuperberg was curious about whether living together before marriage was truly the important predictor of divorce that some believed it was. Her results were interesting in that they seemed to simultaneously confirm and refute the widespread belief.

According to data concerning some 7,000 married Americans, age turned out to play an important role in predicting the risk of divorce. For those couples who cohabited or married at the age of 18, they faced a 60 percent rate of divorce, leading to the idea that cohabitation is indeed an important risk factor. However, for those who cohabited or married at age 23, that divorce rate dropped dramatically, to only 30 percent.

Many were stunned that waiting only five years could slash the risk of divorce in half, apparently proving that with age comes the possibility of better relationship choices. While indicating that those who shacked up young faced a high risk of divorce, the research showed that moving in together prior to marriage is not necessarily bad for a relationship. In fact, those who live together when they are older have a very low risk of divorcing down the road. According to Kuperberg, the biggest predictor of divorce risk is age.

Source: “Couples who live together before a certain age are twice as likely to get divorced,” by Drake Baer, published at BusinessInsider.com.