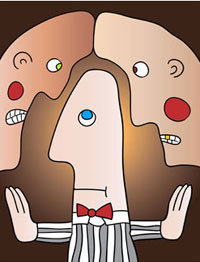 A Family Court judge in Charleston, South Carolina recently ordered former Governor Mark Sanford and his ex-wife Jenny into mediation as part of an continuing dispute over their bitter divorce. The case emphasizes why judges sometimes insist on mediation before settling some disputes, and this lesson can apply across the board – whether you're a former governor or not.

In this case, Mark and Jenny Sanford were in the midst of fighting about the trust funds for their two youngest sons. The couple had previously agreed in their divorce settlement that the funds would be equalized so that they younger boys would have funds comparable to those of their older boys. However, the Sanfords apparently had a difficult time agreeing on how best to accomplish that goal, which led to them back to Court. The judge decided that the best option would be to require both parties to sit down with a mediator, in the hope that the presence of a neutral third party would allow for better communication and a possible resolution to the dispute.

So what is mediation exactly and when does it occur? First off, mediation in Family Court is a way of settling issues that takes place outside of court. Instead of turning their issues over to a judge, mediation enables the couples themselves to remain in charge of reaching an agreement, giving both sides far more say in the ultimate outcome. During mediation, both sides work with a neutral mediator, who has no stake in the outcome of the dispute. The mediator's job is to work with the parties toward a fair resolution to help them reach an agreement that both parties are able to accept.

Mediation can be court-ordered (as in the Sanfords' case), can be mandatory (as is the case in most counties in South Carolina), or can take place voluntarily. Couples that seek mediation do so for a variety of reasons, often because they find themselves unable to agree on how to resolve key important issues. Mediation most commonly concerns things like child custody and visitation, spousal support, child support, and equitable division of assets and debts.

One final thing that is important to understand about mediation is that it does not remove the need for quality legal advice. Though mediation can reduce the likelihood of a long, expensive court battle, you are still best served by having an experienced family law attorney advising you and helping you protect your interests. Mediators, given their role as neutral arbiters, cannotrepresent your interests and cannot provide legal advice to you – only your attorney can do that.