Medical Decisions for Minors After Divorce 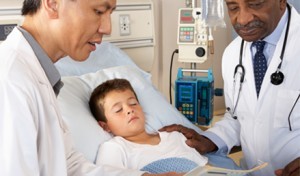 Though most parents try to work together when it comes to sick children, there are some cases where the parents are completely opposed to one another's views and no amount of talking will resolve the dispute. If you find yourself at odds with a former spouse over medical decisions for minors, it is important that you understand your rights on what can be a very difficult issue.

Check your custody agreement or Order

If you are having a dispute with the other parent about medical decisions regarding your child, look first to your custody agreement or the Court Order from your divorce case. If well drafted, this document should clearly spell out each person's rights and obligations with regard to their children. Sometimes, one parent is in charge of making decisions for certain issues, such as those involving medical treatment, but other times, the parents have equal say so. It has become common in recent years for the document to encourage the parents to strive for agreement but to designate one person to have final decision-making authority if they are are unable to agree.

Unfortunately, not all agreements (or Orders) are as detailed as they should be, which can lead to confusion when trying to determine who is in charge of making what decisions. If one parent has been awarded sole custody, that parent is solely in charge of making all decisions for the child, including medical ones. If the agreement or Order says nothing more than the parents have joint custody of the child, that generally means they have equal authority over the child's medical decisions as well as other aspects of the child's life.

What if there's a serious conflict?

Ideally when minor disagreements occur, the parents can work together to find a resolution. However, there may be times that they disagree over more critical issues, like when a child needs risky surgery or when one parent refuses to give medication to a child that the other parent believes is necessary. In these situations, the parent lacking authority may feel the need to petition the Court for assistance with these issues or even for a change in custody.

When seeking a modification of custody or the terms of the prior Order, the petitioning parent will need to show that a change is not only in the best interest of the child, but also that there has been a significant change in circumstances since they were last in Court. The Family Court will consider all the new evidence and, if they believe the child's health has been endangered, could decide to alter the existing custodial arrangement.