Mother Loses Custody of Children Thanks to Facebook Message 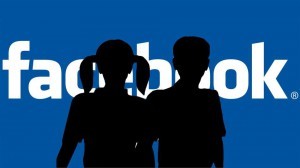 A woman from New York has lost custody of her children and been barred from discussing them on social media sites after a series of inflammatory Facebook messages got her in serious trouble.

The woman, identified only as “Melody M.,” admitted to a lower court judge in St. Lawrence County Family Court that she used Facebook to insult and demean her older child. After the presiding judge heard evidence that she had logged onto Facebook and left a message on her son's page calling him an “a__hole.” The real shocking news: her son was only 10 years old at the time.

Melody admitted to the judge that she referred to her son that way because she said that's what he was and that her friends on Facebook had a right to know it. She also admitted that she occasionally swears and screams at her oldest child and often resorts to physical punishment to deal with him. Records indicate the son is in counseling and has mental issues that the mother refuses to acknowledge.

The family court judge granted the father sole custody of all three children and also issued an order of protection against the mother that prohibited her from making any statements online about her children.

Melody appealed the ruling, to no avail. The appellate court sided with the lower court on each count, agreeing that the father deserved sole custody of all three children. Her attorney says the ruling is unjust, claiming that the internet communication prohibition unfairly prevents Melody from even discussing positive things about her kids and that now she will be unable to go online and brag about her children's accomplishments.

As the popularity of social media sites such as Facebook have gained ground, their use as evidence in family law cases in South Carolina has only increased. When it comes to cases involving custody of children, Facebook posts can be used in some situations to show a parent's true feelings for their children, as in this case.

It's sad when those same posts can be used against parents who spoke out in moments of anger or frustration and when they are not a fair reflection of their feelings towards their children. Steering clear of social media sites during the stressful period of a divorce is probably a good rule of thumb to avoid potential trouble.

The experienced attorneys at the Stevens Family Law Firm can help you resolve your family issues. Contact us today to request a consultation.