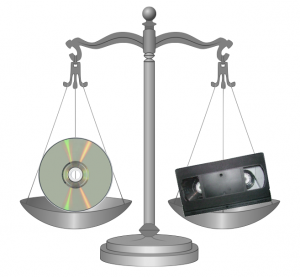 In a recent opinion, South Carolina Department of Social Services v. Christopher Pringle and Brandy Darby, the SC Supreme Court reversed a Family Court Order to enter a Father's name on the Central Registry of Child Abuse and Neglect, finding that the Family Court “erred in its interpretation of S.C. Code Ann. § 19-1-180 (Supp. 2012) and in permitting the playing of videotape forensic interviews of the non-testifying child victims.”

The facts are as follows: Father was alleged to have sexually abused his two young daughters, who were under the age of twelve.  At the time of the hearing, DSS indicated it intended to rely on a videotape interview of the alleged victims in lieu of having them testify, which can be fairly routine practice in these types of actions.  The Court ordered that a pre-trial hearing was necessary since the alleged victims would not be available for cross-examination if the videotapes were allowed, so court was adjourned until the following day.

The next day, DSS presented two witnesses in order to support its position that the children were “unavailable” and their statements would be considered “trustworthy” as defined by S.C. Code § 19-1-180. The Family Court found that the criteria required under the statute was satisfied and admitted the videotape over Father's objection that the person interviewing the children on the videotape was not a qualified person under the statute's definitions found in subsection (G). The trial commenced following this hearing.

The Supreme Court analyzed the hearsay element of the statements to make its finding. The statute, which sets forth the requirements for such videotapes to be admitted and played at trial, specifies a list of factors which must be met before the tapes are admitted into evidence. The statute also requires the “family court to support its unavailability and trustworthiness rulings with ‘findings on the record.'”

The statute also states clearly in subsection (G) that:

“if the parents are separated or divorced, the hearsay statement shall be inadmissible if (1) one of the parents is the alleged perpetrator of the alleged abuse or neglect and (2) the allegation was made after the parties separated or divorced. Notwithstanding this subsection, a statement alleging abuse or neglect made by a child to a law enforcement official, an officer of the court, a licensed family counselor or therapist, a physician or other health care provider, a teacher, a school counselor, a Department of Social Services staff member, or to a child care worker in a regulated child care facility is admissible under this section.” (emphasis added)

Here, the Supreme Court found that the interviewer on the videotape was not a qualified person pursuant to the statute, in that she was not licensed by the State of South Carolina in any field; there was no suggestion she was a law enforcement officer; she was not a physician or other health care provider; she was not a teacher or a school counselor; she was not a DSS staffer or a child care worker. She was merely “a child forensic interviewer with a bachelor's degree in sociology and a master's degree in rehabilitative counseling” and she also had a “certificate in the RATAC model through her participation in a program calling Finding Words.”

The statements, which were offered to the court by a DSS employee, were found to have been admitted only for the explanation of why a forensic interview was necessary and not for the truthfulness of the statements by the children and therefore was not enough to surpass the hearsay exception under the statute.

It is worth noting that Chief Justice Toal and Justice Kittredge filed separate opinions from the majority. The Chief Justice dissented and found that in a de novo review of the facts of this case, she believed the other statements by the DSS employee could be used to overcome the hearsay exception under the statute and thus would have found the videotapes were admissible and thus the Family Court Order would have been affirmed.

Justice Kittredge, however, agreed with the findings of the majority on the admission of the forensic interviews under the interpretation of the statute, but he also agreed with the dissent about concerning the “similar incriminating evidence [which] was admitted without objection” at trial. He disagreed with the dissent on affirming the Family Court's Order and stated he would have remanded the case back to the original family court judge on the existing record. He stated the judge may have believed much of the evidence presented at trial and simply did not think it was necessary to cite “cumulative evidence” for such conclusions in her Order. If so, he suggested it would have been appropriate to send it back to the judge to submit a “supplemental order reaffirming her initial finding of abuse based on the unchallenged evidence” or if the judge was not persuaded by this cumulative evidence, then the “Appellant would be entitled to a new trial.”