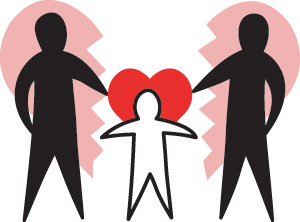 New research has explored the impact of various custody arrangements and the data highlights the value of joint custody, both for parents and especially for children. This year, three separate and independent groups revealed the results of decades of research and found that shared parenting is better for children in nearly every case. Despite this overwhelming evidence, the numbers show that in almost 80 percent of divorce cases, one parent (often the mother) is awarded sole custody.

One study, conducted by the Centers for Disease Control and Prevention, found that children raised by only one parent represented 63 percent of teen suicides, 71 percent of high school dropouts, 85 percent of those in prison, and 90 percent of homeless youth. These numbers are truly alarming when compared with the dramatically lower percentage of those raised by both parents that suffer similar problems.

Another study, conducted by the Maryland Department of Health, found that children in joint custody relationships were as well adjusted as those children who grew up in intact homes, according to a wide array of metrics, including emotional problems, self-esteem, school performance, and family relations. However, children in sole custody arrangements performed markedly worse across all categories.

The benefits of joint custody are not only for the children, but experts say they can also extend to the parents as well. Of course, joint custody typically affords both parents more time with their children, and studies have shown that shared parenting often results in lower potential for parental conflict. Though many people assume that joint parenting increases the risk of fighting with your ex, it appears to do just the opposite. One reason for this that experts have proposed is that joint custody arrangements may work to abolish the “winner / loser” dynamic that comes from cases where custody is awarded to only one parent.

The consensus among experts is increasingly that shared parenting is beneficial and should be considered far more often than it currently is. The International Council on Shared Parenting and the Association of Family and Conciliation Courts recently released statements indicate that shared parenting arrangements are optimal for child development and well-being and that they should be viewed as viable post-divorce parenting plans. Though this doesn't mean these arrangements are right in every case, it certainly provides good food for thought.

Source: “Joint custody should be the rule, not the exception,” by Ned Holstein, published atBaltimoreSun.com.