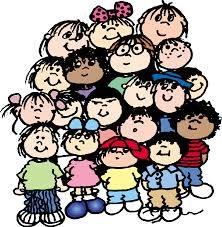 A 39-year-old man from Dayton, Ohio found himself inhot water and facing quite a backlash recently after filming an episode of “Divorce Court” with his 23-year-old wife, who accused him of infidelity. Nathaniel Smith, a self-described poet and performer, stunned the television audience when he revealed that he had 27 children and was still paying child support for 21 of them.

After horrifying audience members, he left the taping and was arrested later that same day back in Dayton for failing to appear in court on a child support case. Smith spent the weekend in jail and said later that the arrest was the result of a “paperwork snafu.” Smith did admit that he has fallen behind on payments to some of his children, though he would not reveal how much he was in arrears or how much he pays out every month to support his dozens of offspring.

Smith apparently became agitated during the taping of the “Divorce Court” episode when Judge Lynn Toler, host of the show, questioned his parenting abilities. Toler said that Smith ought to be ashamed of what he'd done, but Smith snapped back by, arguing that he is “not an absent father by no means.” Smith noted that he is in contact with all but five of his children – something he considers a great accomplishment.

Under South Carolina family law, the amount child support is affected by the income of the parties involved and the number of other children that the support-paying parent is already providing for. Smith used to earn good money as a barber, but he lost his shop and his license in 2006. It's possible that his massive amount of children and diminished income will keep him from paying too much in child support, though with 27 kids under the age of 21, even minimal levels of support would be incredibly expensive.