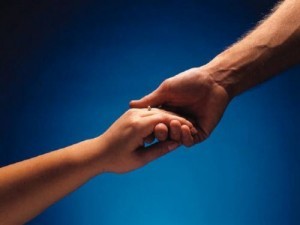 A new law in Oklahoma designed to stem the tide of rising divorce rates will go into effect beginning November 1st. The measure, House Bill 2249, would require couples contemplating divorce to attend court-ordered counseling sessions. The law has been hotly debated, with many critics saying that it unnecessarily slows down an already difficult and lengthy process.

The measure was passed earlier this year thanks to a big push from family groups who bristle at Oklahoma's ranking among the top five states in terms of divorce rate. The new law is designed to tamp down the number of divorces by requiring couples to seriously consider reconciliation.

The law specifically says that couples seeking a divorce with children under the age of 18 must first complete a series of classes that emphasize reconciliation. The courses are specifically designed to highlight remaining married as the desired outcome. The law contains a provision that says the courses will not be uniformly applied, but that the family law judge presiding over the case will decide how many classes the couple must sit through. Each class will cost between $15 and $60. A bit of good news for those without children, no reconciliation classes are required.

The legislators who sponsored the measure say that the law is not intended to require reconciliation, but merely to push couples in that direction. They say that studies have shown between 10 and 30 percent of divorcing couples are able to reconcile. The supporters of the law say that they are merely looking out for the best interests of the children involved and requiring parents to take a long look before pulling the trigger and splitting for good.

Though it's never a bad thing to be sure before making such an important decision, critics point out that laws like this one can be very destructive in some cases, delaying divorce for those where emotional or physical abuse has taken place. In these cases, it can be dangerous to add additional hurdles to what can already be a long and trying process. Forcing couples to try and save a marriage that has gone bad may succeed only in keeping everyone unhappy for longer – something that is certainly not in the best interest of children.

Source: “Couples forced to try reconciling, before getting divorced,” by Michelle Linn, published at Fox23.com.