Parental Alienation in the News 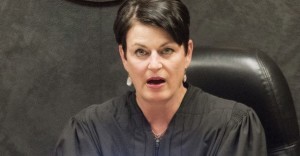 A recent divorce case in Michigan involving children who were sent to juvenile detention for refusing to spend time with their father has made headlines across the country and the world. We have written previously about this case, which you can read here. Since the last reports surfaced about the case, the judge released the children from detention, sending them to a sleep-away camp, which will recently came to an end.

Now sources close to the case say that the judge may order the family to engage in intensive therapy designed to address what many see as a clear example of parental alienation. In this case, the children's mother is accused of engaging in a years' long effort to alienate the children from their father. According to the father's lawyers, the mother has poisoned the kids against him by concocting tales of verbal and physical abuse and ensuring the children remained physically disconnected from their father. The mother argues the abuse was real and that the father chose to be away, saying the children's alienation of affection is completely justified.

The judge presiding over the divorce appears to disagree and is believed to be considering ordering the family to attend an inpatient treatment center to address the parental alienation. There are only a handful of facilities in North America claiming to treat what has been dubbed “parental alienation syndrome”. The treatment can be lengthy and require ongoing visits with therapists and psychologists, with some programs costing upwards of $40,000. The programs work by having the children spend time with the parent with whom they have been alienated. The goal is open up avenues of communication which may have closed down during the alienation process.

Children and the alienated parent are often placed in a new environment in an attempt to get the relationship to start fresh. The hope is that by starting over and by learning to talk to one another again, the relationship can begin to flourish anew. Though there are many supporters of such intensive therapy who argue that parental alienation syndrome is real and deserves serious attention in the family law arena, others are skeptical. Psychologists point out that there is no listing in the Diagnostic and Statistical Manual for Mental Disorders for parental alienation syndrome and that providing therapeutic intervention for something that is not considered an actual disorder can be cause for concern. Other critics argue that children often have good reasons for feeling alienated from one parent, and that abuse is a common reason for such alienation. Such intensive therapy can thus be a way to force children into relationships with an abusive parent; something that most everyone would agree is a bad thing.