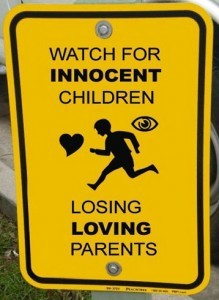 With divorce seemingly always on the rise and the number of unwed couples having children, the number of contested child custody cases is definitely growing.  And with that, there has also been a rise in concerns over parental alienation issues.

Parental Alienation Syndrome (or ‘PAS') is defined as: “A childhood disorder that arises almost exclusively in the context of child-custody disputes. Its primary manifestation is the child's campaign of denigration against a parent, a campaign that has no justification. It results from the combination of a programming (brainwashing) parent's indoctrinations and the child's own contributions to the vilification of the target parent.”

The effects of PAS can be devastating and can last a lifetime, so it is important to understand what some common signs and symptoms are in order to know when to get a professional counselor and/or an attorney involved in your situation:

While this list is far from inclusive, you can read much more about PAS and how to prevent it in great books like “Divorce Casualties, Protecting Your Children from Parental Alienation” by Douglas Darnall, PhD, Taylor Trade Publishing (1998) and in “Children Held Hostage” by Stanley Clawar & Brynne V. Rivlin,  ABA Section of Family Law (2013)