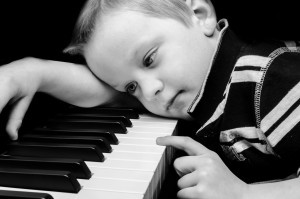 Parental relocation can be a tricky issue to navigate in the context of a South Carolina divorce or child custody case. On the one hand, one person may feel the need to move for important career or financial reasons, meanwhile the other parent (the non-custodial parent) may be very upset at the thought of being farther away from the children they love. Keep reading to learn more about parental relocation in child custody cases.

Family Court Judges in South Carolina deciding a case involving an out-of-state relocation will have to take four factors into account when deciding whether to permit the move:

If you are facing a child custody case involving relocation issues, it is important to consult an experienced child custody attorney to discuss the options available to you based on the facts of your specific case. Like many other issues in Family Court cases, there is no “one size fits all” solution, and relying on the advice from friends and family, no matter how well intentioned, can lead to you making the wrong decision. There are better and worse ways to handle these cases, and knowing what to do and when can make a difference in the outcome of your case.

Ben Stevens has handled child custody case for over two decades, and he understands the complex issues that are unique to and involved in them. Mr. Stevens is one of a handful of attorneys in South Carolina to be Fellows in the prestigious American Academy of Matrimonial Lawyers, and he is only of only six attorneys in our state to be a Fellow in the International Academy of Matrimonial Lawyers. If you would like to request a consultation with Mr. Stevens, you are welcome to contact our office at (864) 598-9172 or click here.