Are Parents Who Refuse to Feed Their Children Fast Food Unfit? 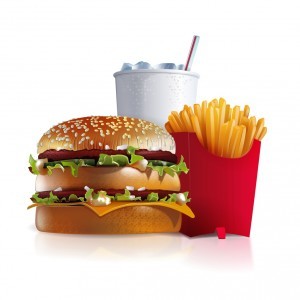 One recent New York divorce case highlights the trouble that can sometimes arise during contentious child custody fights, especially when parents believe that supposedly neutral experts are aligned against them.

One father, David Schorr, recently filed suit against a court-appointed psychiatrist who had been hired to provide guidance regarding custody decisions for Schorr's young son. Schorr has now sued the psychiatrist for defamation after the expert told the family court judge that he believed Schorr was an unfit father.

So what was the basis for the psychiatrist's decision? Schorr says in his defamation suit that the whole problem revolved around his refusal to take his four-year-old son to McDonald's for dinner. According to Schorr, one evening when he had visitation with his son, he was preparing to head out to dinner when the boy threw a fit, demanding that he be given McDonald's for dinner. Schorr says he hates to reward bad behavior and gave his son an ultimatum: dinner anywhere other than McDonald's or no dinner at all.

The child, apparently as stubborn as his father, refused to eat and both went hungry until the boy was dropped off later that night at his mother's house. The child wasted no time in telling his mother about the McDonald's fiasco, and she decided that the incident should be relayed to the court-appointed expert.

Schorr claims that the court-appointed physiatrist never bothered to interview him about the McDonald's episode, instead only taking time to talk to the mother and young boy. The psychiatrist then used this incident as basis for her determination that Schorr lacked appropriate parenting skills.

In the psychiatrist's final report to the Court, she concluded that Schorr was “wholly incapable to taking care of his son” and should be denied weekend visitation due to his demonstrated parenting deficiencies. Schorr says he was floored by the final report, especially since he has had partial custody of his son for the past two and a half years without incident. Schorr now says he regrets the fast food fight, saying that he should have known better than to give his ex-wife ammunition during a heated custody dispute.

Thankfully the psychiatrist's conclusion is not the final word on the subject. The case will continue in December when the family court judge will issue a final ruling on whether Schorr is indeed fit to be a parent.