The Problem With Joint Mortgages After Divorce 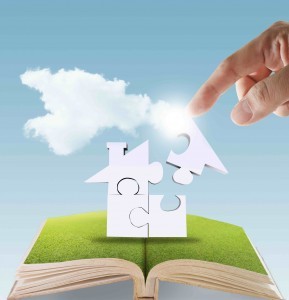 A woman recently wrote to a columnist at an Arizona newspaper seeking advice about a problem that she encountered months after her divorce was finalized. The woman said that in the divorce, her husband wanted to keep the family home, something she was fine with. As a result, the two wrote up the terms of the deal in their settlement agreement, with the wife even signing a quit claim deed, passing her interest in the home on to her husband. Her husband agreed to take full financial responsibility for the house, essentially releasing the wife from all concerns involving the house. Or so she thought.

The problem came months later, when the wife was interested in buying a new car. After visiting a local dealership, she was denied financing, the explanation being that she had too much debt relative to her income. The problem was that the house and its mortgage, despite the terms of the settlement agreement, remained partially in her name. Her husband lacked the credit to refinance the home on his own, meaning she remained tied to the house and its debt.

Desperate for any way to get out from under the home, the woman turned to the columnist for advice. Unfortunately, the columnist told her what any good family lawyer should have. At this point, unless the husband decides he wants to sell the house, she is likely stuck. Sadly, it looks like the woman will have to live without her new car.

You may be wondering why this is so, especially given the clear terms of the divorce. The reason is that a settlement agreement, though legally binding, is an agreement between only two parties: husband and wife. A settlement agreement cannot bind a third party, in this case, the mortgage company. Even though the two agreed amongst themselves how to handle the house, the mortgage company was not involved in that agreement and can continue operating as if it never occurred.

This means until the mortgage is either refinanced in the husband's name alone or the property is sold, the wife will remain on the mortgage and have her credit restricted as a result. This problem with joint mortgages after divorce is only one example of the types of issues that individuals can easily overlook when they try to “save a few dollars” by handling their divorce themselves instead of hiring an experienced family law attorney to protect their interests.

Source: “Woman stuck with name on mortgage despite divorce,” by Christopher Combs, published at AZCentral.com.