Problems Caused by Harassment During a Divorce 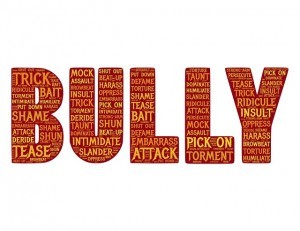 A popular radio host in Orlando is learning just how expensive it can be to make a public spectacle of your divorce. In addition to a bruising divorce battle, the man is now facing a defamation lawsuit from his soon-to-be ex-wife. The reason? Because he went on the radio to discuss not only the couple's problems, but elements of the divorce itself, including arranging a stunt to be formally served with divorce papers on-air.

Though he claims these discussions were had in good fun and in an attempt to let listens in on his real world struggles, his wife's attorney claims they endangered the safety of his wife and their children. The woman says that she has been living with the fallout from her husband's on-air statements regarding the divorce for the past few months. She says local fans of the show have taken to social media to trash her and, in some cases, threaten her safety. Fans, unaware of the full story, have developed strong feelings against the woman, leading to serious harm to her reputation in the community.

For his part, the radio host has recently stopped speaking about the divorce publicly. His attorney advised him to keep the topic of his divorce off of his show and off of social media, essentially implementing a blackout to try and avoid future harm. Not only has the divorce led to a defamation suit, the corporate owners of the radio station are said to be considering canceling the show or moving it to a different time period.

The case demonstrates the problems that can result from broadcasting (in this case, literally) your marital troubles to the rest of the world or other forms of harassment during a divorce. Jumping on Facebook or Twitter to blast your ex-spouse may make you feel better in the moment, but it can have stiff repercussions down the road. Instead of lashing out publicly, call a trusted friend or family member to vent. Never put things into words that you wouldn't want to appear months later in front of a judge.