Problems with Social Media and Divorce 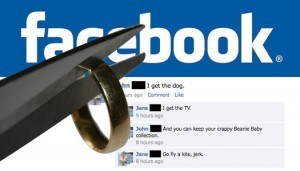 Though lots of us love to distract ourselves with Facebook, Twitter, or Instagram, these “innocent” diversions can be dangerous during contentious South Carolina divorces. The problem is that many people feel more free and able to express themselves online, which can lead to serious trouble when tempers are running high. Put another way, social media and divorce are a dangerous combination.

One example of the problems that social media use during a divorce can cause occurred earlier this year when Seth Peterson, the star of USA Network's Burn Notice, posted pictures of him and his new 22-year-old girlfriend across various social media accounts. Peterson, who is 43, is now in the midst of a heated divorce after his wife, Kylee, discovered the affair. Peterson then left his pregnant wife of 12-years and moved in with his young girlfriend.

Rather than keeping things low key and avoiding rustling feathers, Peterson and his new girlfriend, Miranda Doerfler, decided to officially announce their blossoming romance, writing on Facebook, “Okay. Officially. Seth Peterson and I are a couple.” In another post, Peterson jokes to a friend on Twitter about his ex-wife, saying he thought of her as something that “rhymes with witch.”

Though it's common for people going through a divorce to vent their frustrations about the process and their spouse to friends and family members, this kind of thing is best done in private, not for the whole world to see. In Peterson's case, his behavior on social media has likely inflamed his wife's anger even more, making an already bad divorce much worse.

Rather than going out of your way to make trouble, it's best to take a break from social media when in the midst of a painful divorce. Though you may not intend to lash out, it's possible that in moments of peak frustration, you will feel the urge to speak your mind on Twitter or Facebook. Just remember that words uttered in a moment of anger can haunt you down the road and will live on forever thanks to the Internet.