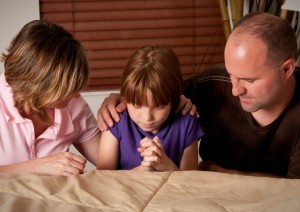 A recent appeals court case out of New York grappled with two especially sensitive topics: religion and child custody. The two issues came together in a contentious divorce case, Gribeluk v. Gribeluk, where custody of two young children was awarded to the father over the vehement objections of their mother. The mother later claimed that the decision was based entirely on religion, punishing her for leaving the orthodox religious faith embraced by her former husband.

Once the Gribeluks decided to divorce, their case was bitter from the very beginning, with the mother repeatedly alleging the father had sexually abused the children – claims that were later found to be groundless. The couple had both been adherents to Satmar Judaism and raised their children in the same orthodox religious community. At some point prior to their divorce, the mother chose to leave the orthodox religious community, which was an issue of great importance to the father.

During their custody battle, the children expressed a preference to remain with the mother, and an attorney hired to advocate on behalf of the kids agreed that awarding custody to the mother would be in the children's best interest. Nevertheless, the family law judge chose to award primary custody to the father. When he did so, the judge noted the father's religious tradition and emphasized that the children would be served by maintaining stability – in this case, the stability of religion offered by their father.

The mother appealed the ruling, claiming that the custody determination was wrongly based on religion. The appeals court rejected this claim, finding that the religious consideration was one of many factors in the case. The Court found that other issues, such as the mother's baseless allegations of abuse, contributed to the decision that custody should remain with the father, a decision that was left intact.

Moreover, the Court said that in New York, family law courts are allowed to consider religion as one factor in determining what is in the best interest of a child. Though religion may be a factor in a judge's decision, the Court made clear it could not serve as the determinative factor. The opinion noted that in many cases, religious tradition sheds light on a parent's values and the existence of a supportive community, and taking religion into account can be useful in assuring the children maintain as stable of a life post-divorce as possible.

After reading this you might wonder whether religion can be considered as a factor in custody cases here in South Carolina. The answer is “yes”. Much like in New York, religion is one of manyof factors that our Family Courts can consider when determining what is in the best interest of a child. Specifically, South Carolina Code Section 63-15-240) says that courts can consider “the child's cultural and spiritual background” when making a custody determination. Again, this issue alone will not be determinative, but instead weighed among many other factors in reaching a decision.