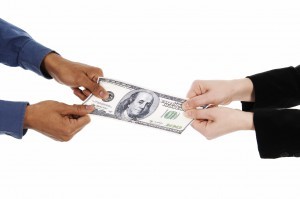 A new study out of Kansas State University found that fights about money are the leading cause of divorce. That means South Carolina couples considering divorce are often led to that point after arguments over finances.

The research was conducted by an assistant professor, Sonya Britt, who is a part of the family studies department. Britt says she studied data that was collected after interviewing some 4,500 couples who had gone through a divorce. The results showed that while couples complained about fighting over children, sex and the relationship with in-laws, the clear leading causing of marital strife was money.

Britt said that the surveys also revealed that both women and men identified money as the leading source of problems, meaning both genders viewed the financial problems as equally destructive. The study, titled “Examining the Relationship Between Financial Issues and Divorce” was recently published in the journal Family Relations.

Another interesting aspect of the survey discovered that the incomes of those facing a divorce did not impact the significance of money stress. The survey showed that couples of all income levels faced money problems and they were just as stressful regardless of income level.

Those South Carolina couples that are worried about the stress of debt, unemployment, or generally too many expenses should take action if they want to save their marriages. Experts recommend that couples speak to a financial planner and seek therapy to learn how to better discuss sensitive subjects like money.