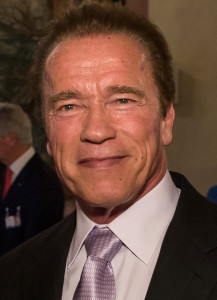 A recent article in the Huffington Post discussed how Arnold Schwarzenegger and his wife Maria Shriver remain married despite Shriver having filed for divorce more than four years ago. The divorce was filed after it was revealed that Arnold had fathered a child out of wedlock with a housekeeper. Shriver filed for divorce immediately after the news was made public, and their divorce has been pending ever since.

According to a gossip website, the holdup appears to be Arnold. Despite having a settlement agreement drafted and ready to go, he has allegedly been stalling for time, unwilling to sign the paperwork to officially end his marriage. It appears Shriver is OK with waiting, or at least OK enough not to push the divorce more forcefully through the court system.

You may be wondering whether refusing to sign divorce papers is a strategy that a spouse can use to delay a divorce indefinitely. The answer is not really. Experts believe that in this case, Shriver and Arnold decided to get an uncontested divorce. That means the two were in agreement and drew up settlement papers on their own, an attempt to involve judges at an absolute minimum. In the context of an uncontested divorce, you really do need the agreement and cooperation of both parties, meaning his refusal to sign can hold up the whole process and there's little Shriver can do to hurry things along.

Though Shriver may not be able to speed along an uncontested divorce, she can absolutely make the divorce contested and get the ball rolling. One thing she can do is ask for a default judgment against Arnold if he has failed to respond to a divorce petition. Assuming that he did respond to this petition already, Maria's next chance to force action is at a status conference, raising the issue when both sides meet with a judge. At that point, she could ask that the court set a date for trial or a mandatory settlement conference. Judges are often inclined to do this, to expedite cases and keep the judicial system moving along.

The reality is one party cannot put off a divorce forever by refusing to participate. However, that party can delay the divorce and increase the costs associated with the split. In the end, if the other side is determined to end the marriage, they can do so and no amount of stubbornness will prevent it.

Source: “Arnold Schwarzenegger Still Hasn't Signed Four Year Old Divorce Papers: Can He Do That?,” by, published at HuffingtonPost.com.