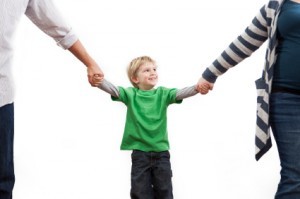 State lawmakers across the country have begun seriously considering and sometimes passing new laws that aim to make visitation arrangements more equitable in the future. After years of complaints from fathers who say they frequently lose out in custody fights, the hope is that the new legislation will help even the time with their children.

Legislators in several states have begun weighing what are known as shared parenting laws, which they say are better for both parents and children. The laws are not aimed specifically at improving men's odds of getting custody, but instead say that courts should refrain from awarding custody to only one parent except when there has been a history of abuse or addiction. They claim that both parents stand to benefit with equal visitation rights under a shared-parenting plan.

Opponents of the shared-parenting laws say that judges should not have their hands tied by regulations. Critics believe that ensuring that judges have flexibility when making custody decisions is essential and that requiring equal parenting time can do away with a judge's valuable discretion. After all, the best interest test requires Family Court judges to determine what custody situation is in the child's best interest, not the parents'.

Last year, the Arkansas legislature passed a shared-parenting law that says that judges should strive for a reasonably equal division of time between parents. The law reversed a long-standing precedent among family courts that disfavored joint custody arrangements. Legislators in Maryland and Connecticut have created panels to study similar changes to their own laws, while Florida and Minnesota have also floated shared-parenting measures.

Experts say that the recent interest in shared-parenting laws has arisen due to several factors. First, gender roles have become less distinct, and many men now find themselves acting as the primary caretaker. Second, public opinion has begun to shift away from a belief that children are better off spending a majority of time with their mothers. Instead, a majority of Americans now believe that shared parenting is most beneficial for children. Finally, the increasing tendency of courts to award more powers to custodial parents has left many noncustodial parents frustrated with how little control they have over their children's lives.

Advocates of the shared-parenting laws say that one of the reasons that divorce has become so expensive and is so often contested is that parents believe they must stake out extreme positions with regard to custody to ensure that they are not completely left out. The hope is that by guaranteeing fit parents an equitable share of custody, it might lower the stakes of a divorce and hopefully lower the tension involved.