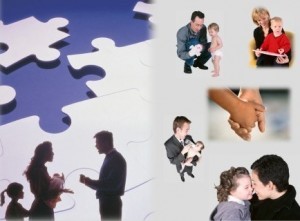 In the past, the words “Parenting Plan” were rarely used. Instead, the judge typically granted one party “custody” and the other parent was given a set “visitation schedule.” For many good reasons, that is no longer the case. The Family Courts in South Carolina and elsewhere have moved toward encouraging parents to formulate detailed but flexible “parenting plans” as part of a Final Order in any action for divorce and/or custody.

If the parents are unable to formulate their own plan, the judge will oftentimes, with the assistance of a Guardian ad Litem and other experts, create one for the parents. We try to encourage our clients to begin thinking early in their case about how to create an effective, yet flexible, parenting plan. This will not only save them money in the long run, but it is also better for the children to have a settled arrangement sooner rather than later.

There are six important items which should be considered carefully when creating a parenting plan proposal. Today we'll address the first three:

1. The Child's Age: Children go through several distinct stages of development as they grow. These stages should be considered when crafting a schedule for the child, especially a very young child who will have to live under the parenting plan for many, many years. A good plan will “grow with the child”, or in other words, have provisions that can be “aged out” or “grown into” as the child progresses through his or development. What works for a three-year-old may not be appropriate when the child is in middle school. Make sure those provisions can be adjusted as needed to keep up with the child's needs without the parents having to re-litigate the matter, if possible.

2. The Location of Each Parent's Home:  Do the parents live five minutes from each other or an hour and five minutes? Is one parent required to travel out of town or out of state frequently for business? Does one parent live near the ideal school for the child while the other parent is considered “out of district” for the desired school? All of these questions (and several others) should be considered when designing a parenting plan. A parenting plan which includes frequent contact with both parents is probably more reasonable if the parents live close to each other than when an hour or more of travel is required for even simple activities with the child. In cases where the parents' homes are farther apart, provisions should be considered which allow more extended periods of visitation during school breaks and holidays with the non-custodial parent, for example.

3. Sibling Groups: Conventional wisdom tells us that sibling groups should not be separated whenever possible, and that adage remains a staple in the Family Court. Even if at the time of your divorce or separation there are no siblings, consider including the “what-if” provisions which dictate how birthdays, holidays, and visitation schedules may be altered if either parent remarries or has children in the future, who will be the half-siblings of the child under the parenting plan. This is a great way to avoid future litigation down the road and assure the child that his parents are putting his/her family needs first rather than their own personal opinions of each other.