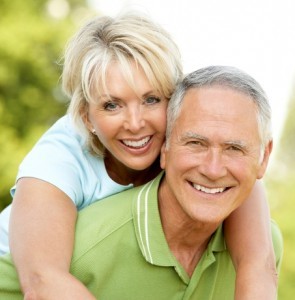 Study after study has shown that older couples are divorcing at dramatically higher rates than ever before. In fact, the divorce rate for adults 50 and older has more than doubled since 1990, a rise that has not yet shown any signs of slowing down.

Given the increase in Baby Boomer divorces, there has been a similar rise in later in life marriages. Experts say that those couples marrying at or close to retirement age face significantly different concerns than those marrying in their 20's and 30's and, as a result, should consider the following issues before getting married:

According to USA Today, the first thing that couples planning a second or third marriage should do is openly discuss their finances. Though this advice applies to everyone (regardless of age), it is especially important for those nearing retirement age. Typically by this age, parties have already accumulated the majority of their wealth, and it's crucial to have a solid sense of where each other stands financially.

Are they heavily indebted? Are they wealthy? Have they co-signed large amounts of loans for others? These are all questions that need to be answered and might impact how comfortable you feel moving forward with marriage. Sadly, the majority of people don't discuss finances before getting married, which is a terrible mistake that can lead to even worse problems down the road.

Keeping with the monetary theme, experts also recommend reviewing each other's credit reports before saying “I do.” Credit reports are a good way to get an overall sense of your potential spouse's financial history. Do they pay bills late or on time? Are they're comfortable with large amounts of debt? Are they frugal and used to living below their means? If you intend to combine finances at some point in the future, obtaining and reviewing a credit report is a good way to know what you're walking into before you get there.

Older couples intending to get married should remember to review all of their beneficiary designations to determine what changes, if any, are needed. The types of accounts to review include, but are not limited to, retirement accounts, life insurance, and annuities. Those getting married will most likely want those assets to pass on to their new spouses and not their former ones. Since these items are not passed along like other types of property, you should review your beneficiaries to ensure that previous spouses are no longer named.

Now more than ever, a prenuptial agreement might be worth considering. Baby Boomers who have worked and accumulated assets for decades have much more to protect now than they did in their 20's when they may have first married. Not only is their financial picture likely much rosier; they also have to think about their children and grandchildren. Rather than risk another divorce that eats away at the nest egg they intended for themselves and their heirs, a simple prenuptial agreement can solve a lot of problems.

Source: “Remarrying in retirement? Look before you leap,” by Rodney Brooks, published atUSAToday.com.