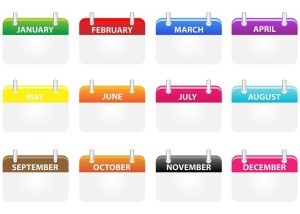 A recent push across the U.S. to make the divorce process easier has continued, with lawmakers in several states rolling back divorce waiting periods. Couples have grown frustrated with what they see as unnecessary and frustrating waits to secure a divorce, which can draw out an already exhausting and emotionally fraught process. Some state legislatures have responded to calls for change and are recently considering serious reductions in divorce waiting periods.

Divorce waiting periods were originally implemented as a means of slowing down a process that lawmakers thought was moving too fast. Lawmakers feared making divorce too easy, as they were afraid that couples would be incentivized to end marriages, which would harm families in the long run. The waiting periods were designed to serve as a hurdle to divorce, forcing people to take more time to think through their decision, in the hope that they might reconsider and choose to stay married.

However, over the past several decades, the wisdom of divorce waiting periods has come into doubt. Rather than serving as a chance for couples to reconsider what might have been a rash decision, the periods are typically a further impediment that already tired and frustrated couples must contend with. Further, these divorce waiting periods don't save marriages, they just make it harder and longer to end them, making an already difficult process even more unpleasant for all those involved.

Some lawmakers have begun to respond to the push from citizens to ease the rules surrounding divorces and make the process easier and faster. The consensus has begun to shift and many believe that no one is served by dragging the process out. Lawmakers in Pennsylvania have just taken up this issue, and they are preparing to vote on legislation that would reduce the current waiting period for divorce from two years to one.

Maryland is another state wrestling with this issue, and its legislature passed a law earlier this year that would eliminate the waiting period in that state, at least for some couples. The new law, which recently went into effect, elimintates the one-year waiting period when the couple agrees to divorce and has no minor children. Those with children will need to continue abiding by the waiting period, requiring them to live separate and a apart for a year before being allowed to file for divorce.