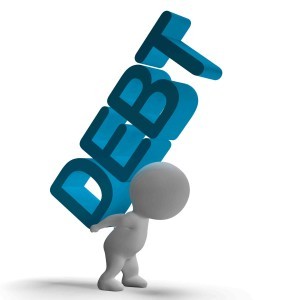 Everyone's heard about the growing student loan problem facing the country. Millions of young people are left to take out more and more educational debt to finance increasingly expensive undergraduate and graduate degrees.

While college can be pricey by itself, the financial burden associated with a medical, legal or business degree can be truly enormous. How does divorce impact such educational debt? Who is left footing the bill for student loan debt when a marriage ends?

A common misconception is that once a couple marries, all debts, including student loans, become joint obligations. While this may be true in practice, with a portion of each spouse's income going towards the collective pile of bills, it is not the case legally.

Marriage, by itself, does not transform one person's separate debt into a joint, marital debt. Instead, the general rule is that any student loan debt that preexists the marriage will remain the sole obligation of that person in the event of a divorce. Only in unusual cases where there is a specific contractual agreement otherwise would the debt be divided following a divorce.

Things get a bit trickier when we discuss student loans that were taken out during the course of a marriage. In some rare cases, the person left paying the bills may not be the one who took them out. This is because the debts entered into during a divorce can be reapportioned at the discretion of the judge based on a variety of factors, including ability to pay.

A good example of this would be if one spouse makes far more money than the spouse still struggling with student loan debt. It's possible that the spouse with more money could be asked to pay a share of these debts. Though this kind of division is possible, generally, student loans, even those taken on during the course of a marriage, will go to the person who incurred them.

Source: “Who Is Responsible for the Student Loans After Divorce?,” by Charlie Wells, published atWSJ.com.