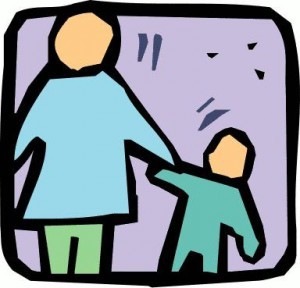 A recently released study that will be published in the September issue of theJournal of Personality and Social Psychology examined the effects of divorce on children's relationships later in life. Specifically, it found that children whose parents divorce while they are young have a harder time establishing close relationships with parents later in life. The lead researcher also said he believes the study might be a clue into why some people remain more emotionally distant with romantic partners later in life.

The research discovered that children whose parents split when they were between birth and five years old had a higher level of insecurity in parental relationships than those kids whose parents split when they were older. Parental security was something researchers said was correlated with trust in parents. Those children with higher levels of parental security are more likely to be comfortable depending on their parents, and they are more confident that the parent will be emotionally available when needed.

The lead researcher, Chris Fraley, surveyed nearly 8,000 people about their personalities and close relationships, one third of whom came from divorced homes. Fraley says the research is important not only in understanding the negative impact divorce can have on children and their parents, but also because it can shed light on the way that some people are more secure than others in relationships with others alter in life.

Fraley says more work needs to be done to understand the complicated relationship between divorce and relationship insecurity, but he believes this study might be an important step in the process. The goal is to eventually understand why some people have difficulty opening up and trusting others.

Though no one wants to believe that their South Carolina divorce could cause lasting emotional problem for their children, it's certainly true that nasty family law disputes can leave a psychological mark on young kids. Though it may not always be possible, when you're in the midst of a divorce or child custody case, make sure that you have an experienced family law attorney representing your interests, and try to let cooler heads prevail, something that is ultimately much better for the welfare of your children in the long run.