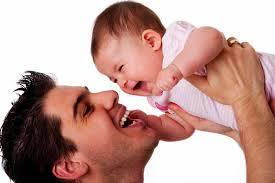 For many years, it was assumed that when parents with a young child (under age three) separate or divorce, the father would likely have much less overnight visitation with the child than the mother, absent any extreme reasons why the mother was found to be unfit.  Even here in South Carolina, where the so-called “Tender Years Doctrine” was abolished in 1994 and gender is not officially a factor in determining custody, mothers still routinely “win” custody of infants or small toddlers due (at least in part) to the long-held beliefs of legal community and the general public.  However, all of that may be changing thanks to recent scientific evidence.

Two recent studies published in American Psychological Association's journal, Psychology, Public Policy and Law (one of which was signed by 110 leading international experts) found that contrary to popular, long-standing beliefs throughout the social science and family law worlds, “the sharing of overnight care of infants” is not problematic.  This study goes on to analyze the existing research and data from other studies and concludes that, in fact, infants develop attachments with more than one caregiver and therefore, in normal situations, they are likely todo better with overnight contact with both parents – not just the mother.

To learn more about these new findings, see these articles: