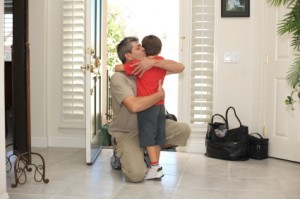 Lack of visitation time is a common complaint among noncustodial parents across the country, including those here in South Carolina. Recently, the results of a 10-year study of Family Court decisions in Nebraska was released, leading to outcry from some who say the data proves how unfair child custody determinations can often be.

The analysis, which was conducted by the Nebraska State Court Administrator's Office, revealed that noncustodial parents in that state receive an average of only five days with their children every month. A spokesperson for the Court's Office claims that judges are moving in the direction of custodial equality, though the movement appears to be quite slow.

One critic of the current custody system is State Senator Russ Karpisek, who claims that the results prove the bias that appears to exist among judges in the state. Karpisek says that he's unconvinced that judges are moving in the right direction, comparing the pace of change to that of glaciers.

Karpisek is a divorced father, and he says he personally experienced the bias that some judges have towards noncustodial parents, who are often men. Karpisek says that judges often refuse to consider shared parenting arrangements, despite mounting evidence that they are the best option for children.

Karpisek says he's considering proposing a measure this legislative session to force judges in the state to at least consider the possibility of granting shared custody. Though judges will still have the option of awarding less time, the downward deviations should only occur in cases where one parent is either unfit or abusive in some way.

Proponents of more equitable custodial arrangements point to research which shows that children who have regular contact with both parents have been found to have better physical and emotional health than those who spend time primarily with only one parent. Other studies have shown that equitable custodial arrangements also lead to improvements in school performance.

Though the data appears to show the benefits of equitable parenting arrangements, judges across the country appear slow to adapt. Many of them consistently award custody to mothers over fathers, often without a valid reason to do so. The hope is that with studies like the one in Nebraska's, data can be accumulated to highlight the occasionally biased decisions that negatively impact families.