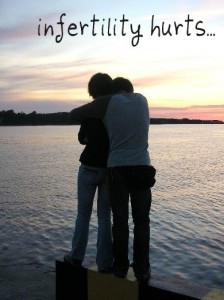 All sorts of things can put stress on a marriage. Money problems are frequently cited as a leading cause of divorce, as are issues with intimacy and communication. However, a recent study out of Denmark found that couples struggling with fertility are far more likely to divorce than couples that don't have to endure such challenges.

The study, conducted by the Danish Cancer Society Research Center, surveyed nearly 50,000 women about their marriages and fertility issues. The study found that those who were unable to get pregnant despite engaging in fertility treatment were three times more likely to divorce than those who became pregnant.

The lead researcher says that the findings make clear that the stress of infertility problems can wreak havoc on even healthy marriages, and the disappointment of not being able to conceive can deliver a crushing blow. The study also found that in women who were unable to conceive, nearly 27 percent were divorced or living alone up to 12 years after their fertility treatments ended. Researchers say they've always known that fertility problems can impact the health of a marriage, but were surprised at how long lasting its effect was.

Other surveys have shown that fertility problems can actually bring couples closer together, given how much they must rely on one another to endure the stress and emotional pain associated with fertility issues. However, experts say this closeness might occur early on in the fertility treatment process, only to begin to wane as the months and years pass by.

Couples going through fertility treatment also often must grapple with challenges like stillborn births or miscarriages, events that can place extraordinary stress on couples. Many times, couples don't take the time needed to work through this grief, causing pain to build up and become toxic to a marriage. In some cases, the relationship itself can become a constant reminder of the struggle for children and lead to divorce.

Experts say that given the outcome of the study, the hope is that women who are experiencing fertility issues will work with their doctors and others to reduce their risk of divorce. Seeking counseling in advance might be one way to avoid some of the emotional pitfalls that can challenge those struggling to have children and might end up saving your marriage.