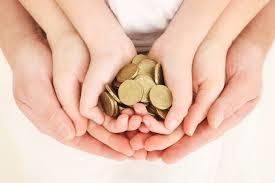 Child support can sometimes be tricky. Understanding how much you owe and how to work the new expense into your budget is a challenge faced by many parents each and every year. Occasionally, stories make the news that highlight some of the flaws in the existing child support system, including nightmares that most everyone would want to avoid.

A recent case in Texas is one such nightmare. In that case, Willie Carson, a Houston man, has been paying child support for 13 years for a child that is not his. According to Carson, he never saw the child, never spoke to the child and does not even know what the child looks like. The problem is that the mother listed Carson as the father when the child was born, a burden that can be tough to overcome, even with evidence.

More important from a legal perspective, Carson says he recently received a DNA test, which proved that there was a 0.00% probability of him being the father. Even that wasn't enough to wrap up the dispute however, as Carson said his 401(k) had been frozen due to child support arrearages. Thankfully, the mother of the child sent a letter to the court stating that Carson is not in fact the biological father and ought not be forced to pay.

Carson and his lawyer are fighting this seemingly bizarre rule and heading back to court in the near future to argue that such payments are wildly unfair and that he should be released from all arrearages. Hopefully common sense prevails in this case, though given the oddity of some child support laws, that is far from assured.

Source: “Man Forced To Pay Child Support For 13 Years For Girl That DNA Proves Isn't His,” published at Houston.CBSLocal.com.