The 5 Best Ways to Derail Your Child Custody Case 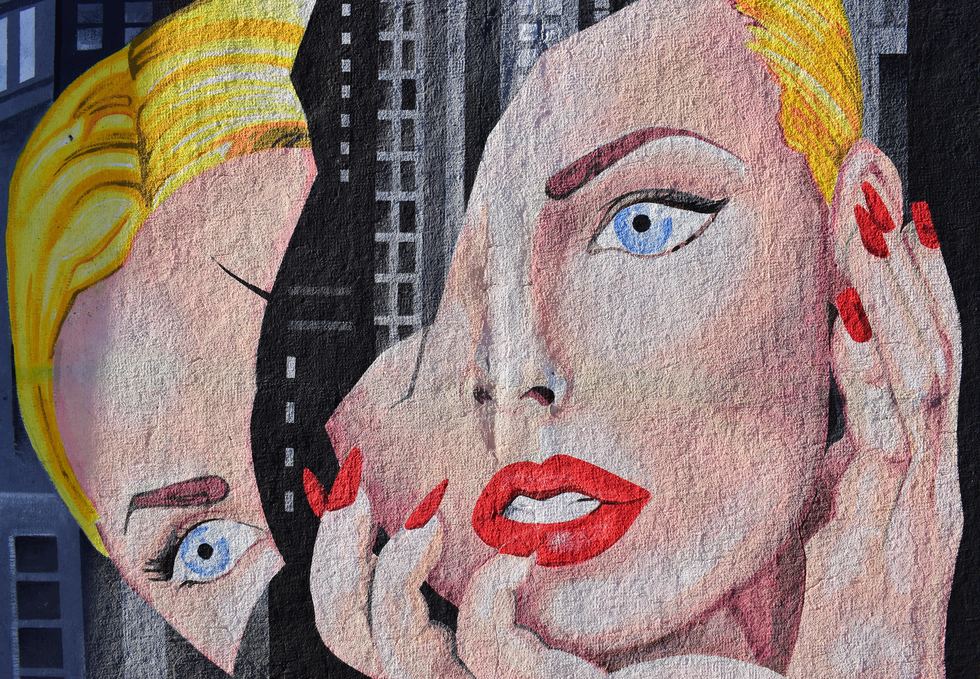 We've written a great deal about the best ways to help your chances in child custody and divorce cases, but we're often asked about the things that will easily destroy your case. Below are the five things we see family law clients do on a regular basis (even when they've been given warnings by their attorney) which derail any positive progress they may have made during their child custody case.

Please note: The following items include a great deal of sarcasm which should be obvious to anyone going through a divorce or child custody case. If you are seriously considering actually doing anything below which is described in a sarcastic tone, STOP, and seek appropriate, experienced legal counsel first.

1. Tell the Child Everything About the Family Court Litigation.

Better yet, make the child your confidant in all things about your adult life and your intimate life with his or her other parent. Believe it or not, there are parents who do this. They use their children as a stand-in "best friend" and elevate them to the peer status in their lives while going through the family court case (and sometimes for long after the case is over). This puts the child in a terrible position. Every child wants to please their parents and will want to be the source of happiness for the parent who seems so overwhelmed and sad, but all you're doing is holding your child's emotions hostage and making them choose sides between their parents. If you want to guarantee that you'll either lose your custody case or, at a bare minimum, severely restrict your time with your child, do this.

2. Refuse to Work with the Other Parent on Anything.

It's amazing how some parents interpret our South Carolina custody laws. Our joint custody orders are fairly clear that both parents enjoy "joint" custody status. Judges, attorneys, and Guardians ad Litem are all very clear with parents who have these orders that "joint" means there is an implied expectation that the parents will continue to work in conjunction with each other for what it is in the best interests of the child. But then you get the parent who is awarded the "primary" custodian designation as the tie-breaker for when the parents disagree and it just goes to their head. They interpret everything from that point forward as being the position of "power" instead of being entrusted with the responsibility of being a good gate-keeper. If you want your "primary" custodian status to last as short a time as possible, make sure you never consult with the other parent about any decisions or completely drown out their opinions and their role in the child's life. You will be facing a child custody modification action in no time, I'm sure.

3. Don't Pay Your Attorney or the Guardian ad Litem, for that matter.

Once litigation starts in a child custody case, the issues can become very emotional quickly. It's imperative to have an attorney by your side to help handle the issues in a legal manner, something you are likely not trained to do. Even if you are, you likely would never be able to do so since the issues involve your own child and will be too emotional for you to remain objective. If you've hired an attorney, but stop paying him, you need to be prepared that he will likely ask the Court to be released from the litigation (you can't really expect him to work for free, now can you?) and you'll be on your own. While the Family Court may not be able to force you to pay your own attorney, it can (and will) order you to pay the Guardian ad Litem. If you refuse to do so, it could be viewed as evidence that you aren't truly concerned about the children having proper representation during your child custody case. That won't play well in your case and you'll still be under an order to pay her - which could lead to a contempt finding against you if you don't pay.

4. Play Keep-Away (the Child) with the Other Parent.

When a child custody case starts, you'll be given a Temporary Order which details the parenting schedule you'll be living with until the case is finalized. If you really want to derail the whole case, don't follow that order. Better yet, play keep-away with the other parent, and disappear with the child at random times. Pick the child up early from school; don't answer the other parent's frantic phone calls, and don't let the other parent know where and when they will see their child again. This is what judges really love! NOT! Do these things if your goal is to be awarded supervised visits only with your child. Your child has two parents and the family court's main goal, barring extreme abusive or dangerous situations, will be focused on preserving and maintaining your child's parent-child relationship with both parents. If you attempt to make that impossible, you will lose your custody rights in short order.

5. Live a Lifestyle That is Dangerous or Immoral.

Yes, you're an adult living in the United States of America and you are afforded a whole lot of freedom under our Constitution. You may not be married anymore and you are likely enjoying the single lifestyle again, but if you truly want to ruin your child custody case, live your life like a Hollywood rock star and you're likely to be facing a pretty grim outcome in a South Carolina family court. Does that mean you have to live a Puritan life from this point forward? Certainly not! But if you're going out and binge drinking all weekend (even when the child is with the other parent); sleeping with everything that has a pulse, and inviting all sorts of humanity to hang out in and around your home, expect the Guardian and the Court to have questions about your suitability to properly raise your child. When you lie down with dogs, you'll eventually get up with flees - and your Family Court judge knows this.

This list is far from all-inclusive but should serve as a good warning for those contemplating or currently involved in family court litigation where child custody is at issue.