The Impact of Social Media on Divorce & Child Custody Cases 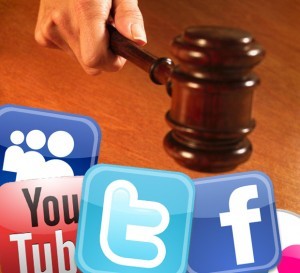 Several weeks ago, the American Academy of Matrimonial Lawyers released the results of its recent survey of its Fellows, which includes The Stevens Firm's Senior Partner, Ben Stevens, about the impact of social media and technology in divorce cases.

This survey interestingly, but not surprisingly, found that:

A few weeks ago, the Spartanburg Herald-Journal interviewed several attorneys, including AAML National President James T. McLaren from Columbia and me, about this survey and our experiences in dealing with these types of issues. I have seen very few contested divorce or child custody cases in recent years in which there was no electronic component, such as texts, emails, and social media posts.

Our firm requires our clients to complete a social media worksheet that details their social media presence as well as that of the opposing party. Our experience has shown that this approach helps identify potential problem areas early in the case (on either side) and helps minimize the chances of unpleasant (and potentially damaging) surprises later in the case. In discussing the numerous social media sites today, I said

“There's Facebook and then there's everything else. …Facebook by and large is the 300-pound gorilla in the room. Most of the evidence that we find and use in family court is from Facebook.”

President McLaren pointed out that “As people become more tech savvy, the more and more it's used in divorce and child custody cases.” I also explained that technology has unfortunately made it easier for unfaithful spouses to cover their tracks today, which makes it all the more important that wronged party has a “tech-savvy attorney” on their side with the knowledge and experience to know where to look and how to find potentially damaging evidence. Sometimes, this may require the involvement of a forensic examiner to locate and review deleted data from computers and cellphones, which can then later be used in court.

Most people don't realize that once they post information on social media, it is possible for it to be located and used against them in Family Court, and there's nothing that attorneys can do to protect their clients from what they already have posted. Lawyers cannot advise their clients to change or destroy information once it's been posted, which is called “spoliation of evidence”, as there can be serious consequences when this occurs. Illegal spyware is another problem, as it's illegal and a felony in most states.

The law in these areas changes fast, and clients should make sure their attorney understands the impact of social media on divorce and child custody cases, especially what is and is not permissible, as the consequences can be dire and could affect the case's outcome. Ben Stevens currently serves as the Vice-Chair of the AAML's national Electronically Stored Evidence and Technology Committees and is the Co-Chair of its Technology Coordination Committee.