The Importance of Intellectual Property in a Divorce 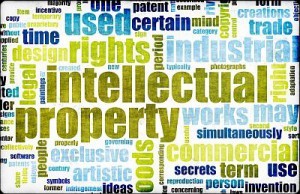 Everyone's read stories about some of the nasty fights that go on when celebrities divorce. The cases can become bitter fast and can stretch on for far longer than necessary. Sure, the couples are fighting about money and children and custody time, but one of the subjects that celebrities often fight over, and that even some ordinary couples should spend more time thinking about, is intellectual property.

A good example of a fight over intellectual property in a divorce (and just how valuable it can be) is the Michael Douglas/Diandra Douglas divorce battle. The fight between the two has been going on for more than 13 years and recently flared up again when Diandra filed suit seeking money from Michael's recent role in Wall Street: Money Never Sleeps, a movie Michael starred in more than 10 years after their divorce was final. The reason? Intellectual property.

The divorce settlement between the two stated that Diandra was entitled to half of the earnings Michael collected from acting over the course of their marriage as well as half of any money that results from any spinoffs of those roles. Michael claims the second Wall Street movie is not a spinoff, but a sequel, something Diandra has no claim to. Because of Diandra's intellectual property rights, the case is a big one and could result in a multimillion dollar settlement.

While most people understand that divorce involves splitting things, dividing cars, the house, retirement accounts, even smaller things like living room furniture and television sets, these are only some of the things that need to be taken into consideration. Other items, especially other intangible items, can be easily forgotten during the rush of a divorce, but this is a big mistake given the potential value of such items.

Most couples think these issues do not apply to them, after all, who among us has been in blockbusters like Michael Douglas? However, that is not necessarily the case, and the term intellectual property should be viewed broadly. For example, authors, songwriters, inventors, artists, designers, and entrepreneurs all possess potentially valuable intellectual property. Even people with their websites, logos, or tag lines possess intellectual property that could be worth some serious money.

Intellectual property, whether it's a patent, trademark, copyright, or a royalty, has value and can be considered a marital asset. Given that intellectual property may be a marital asset, any value created during the length of the marriage must be allocated between the spouses. Though creative control over the item will likely remain in the hands of the person that actually created it, some division of the asset's current and even future value can still leave the other party with a valuable financial stake.

Source: “The Big Thing Celebrities Fight Most About When They Divorce-And Why You Should, Too,” by Jeff Landers, published at Forbes.com.