Till Death Do They Part 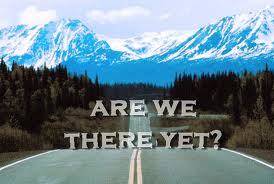 One of the most frequently asked questions for those facing a South Carolina divorce is “how long does the process take to complete?” While it's impossible to give a definite answer in most cases, there are some good rules of thumb for guidance.

However, before we get to that, let's take a look at some cautionary tales of divorce battles from all across the country which went wrong (and went long). This might be called, till death do they part:

The case of Connecticut investment advisors Karen Kaiser and David Zilkha has currently been languishing for more than 10 years. In that time, the couple has filed more than 600 separate motions before the court. The couple was formally divorced more than seven years ago, but they have continued fighting since that time over custody of their children and financial issues. As the battle continues without any sign of stopping, experts expect additional tens if not hundreds of thousands of dollars to spent in litigation.

An Ohio couple, Christo Lassiter and Sharlene Boltz (both of whom are lawyers), have been doing battle for 17 years now. What makes this even more amazing is that the two were only married for 10 years, meaning they have been trying to separate for almost twice the length of their entire marriage. The two have engaged in battles over custody for much of this time, however, they may soon run out of room to fight. Their eldest child just turned 20 while the youngest is 17, only one year away from being beyond the control of the courts.

Back in 2005, the longest running divorce case in New York's history was finally brought to a close. A Wall Street banker and his ex-wife divorced in 1988 (which itself took 4 years), only to then spend another 17 years fighting over assets. The husband in that case spent hundreds of thousands of dollars on divorce lawyers, eventually going through six different attorneys throughout the ordeal. He finally ran out of patience (or possibly, lawyers) and began representing himself.

So what should you expect?

First, take a deep breath. There's no reason anyone reading this should fear a 21-year divorce. As you might imagine, the length of time it will take to resolve your case will primarily hing upon specific issues involved in your case and the reasonableness of the spouses (and their attorneys).

The more reasonable (and less emotional) the parties are, the easier it is to focus on the issues that are actually disputed in the case instead of hurt feelings or other emotions. Experienced family law attorneys always keep an eye on areas in which the parties may be able to agree, even while preparing the case for trial if that becomes necessary.

At The Stevens Firm, we understand that most Family Court cases eventually settle, particularly if the opposing party is also represented by competent, experienced counsel. We always strive to protect our clients' best interests, and settlement is one great way to do so, as we are able to be directly involved in resolution of each specific item instead of leaving everything up to a judge.

Though much depends on the complexity of your case and your ability to reach agreement with your ex, here are some guidelines to consider. One study on the subject found that more than 50 percent of all divorce cases are finalized somewhere between six and 12 months after they are begun, which is certainly much better than 21 years.

If you would like to discuss your case in order to determine what we can do to assist you, you are invited to contact our office at (864) 598-9172 to schedule a consultation, or you can click here to request that we contact you in order to do so.